The location chosen by Stephanie & Mark  for their wedding was the precious town of Ravello.

It is a small town on the coast rich in history and culture, rooted in the Middle Ages.
Ravello was a noble refuge during the Barbarian invasions of the fifth century.

This beautiful american couple chose the stunning Villa Cimbrone, one of the most prestigious Hotel de Charme of the Mediterrean area, as the perfect frame for their Italian wedding.

Of course all this would not have been possible without the organization of the wedding planner Federica Nascimben for Italian Wedding Event, who has perfectly understood the desires of the couple.

Stephanie, the beautiful half-brazilian bride. She wear her wedding gown in one of the prettiest halls of the villa, in which the Norman and Arabic antiquity, which defined the first architecture of Villa Cimbrone, is still perceptible.

The Bride reached the groom in the magnificent english style gardens of the villa, now considered one of the most important examples of botanical Anglo-Saxon culture in Southern Europe.

Marc was waiting for his bride in the temple called “Terrace to the Infinity”, where the sight loses itself in what Gore Vidal defined “the most beautiful panorama of the world“.

The civil wedding was celebrated in front of friends and families, and the atmosphere reigning in that garden was absolutely dreamy. Stephanie and Marc’s shooting proceeded in the other gardens of the villa, up to the stunning panoramic terrace.

The dinner and the bridal party, instead, took place in a beautiful hall, characterized by its rib vaults. There, once again, the panorama of the gulf was simply amazing.

What can we say… It was perfect!

Thanks to chose me as your Wedding Photographer Villa Cimbrone. 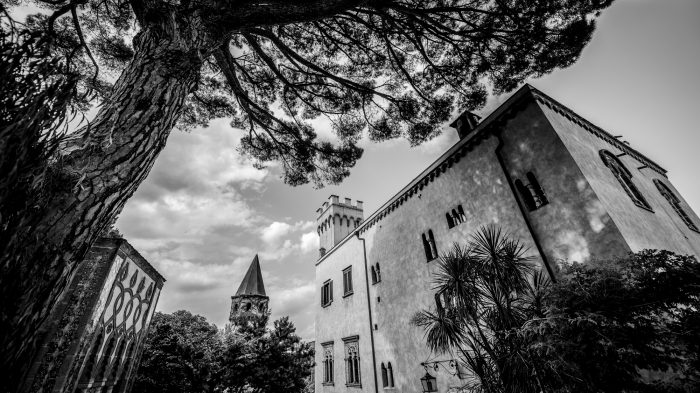 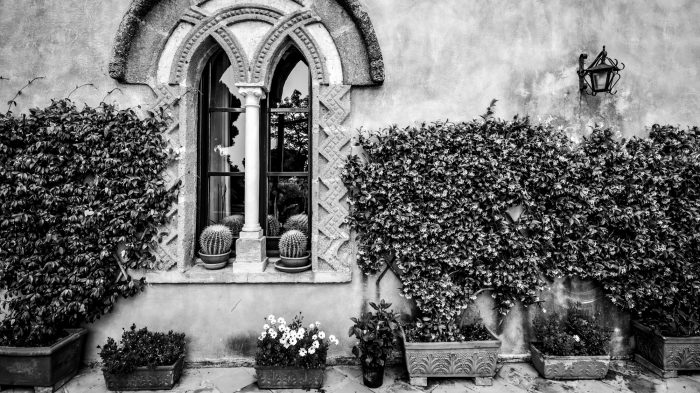 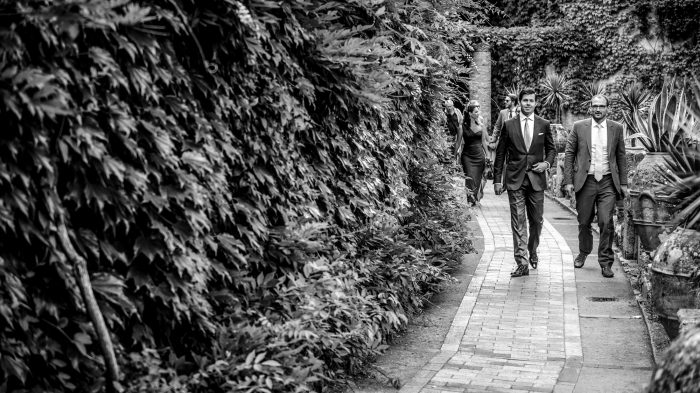 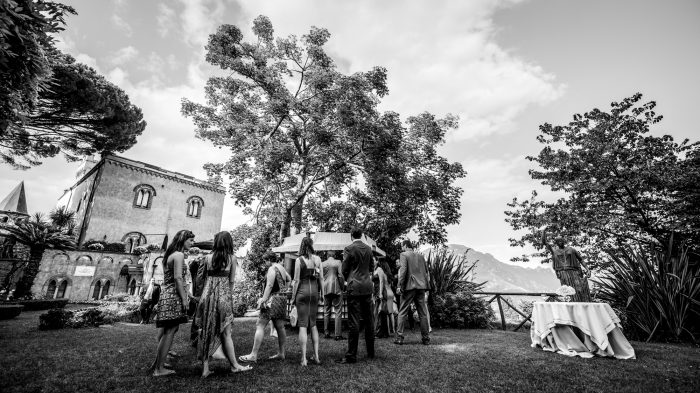 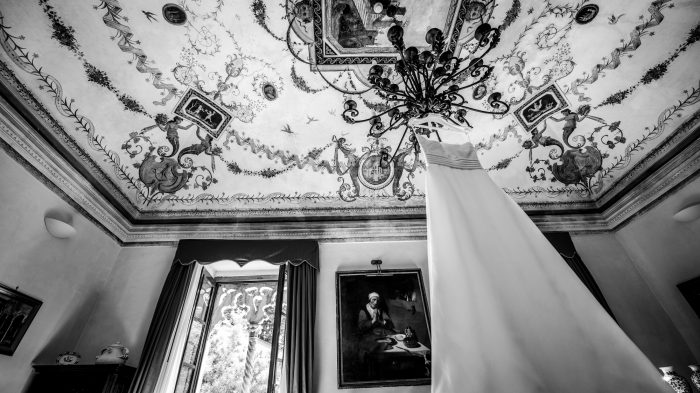 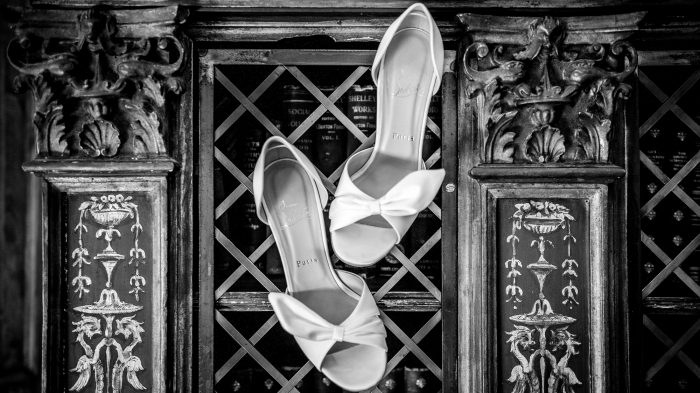 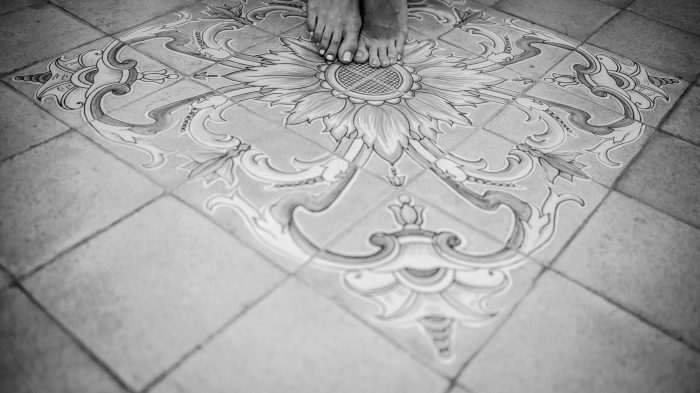 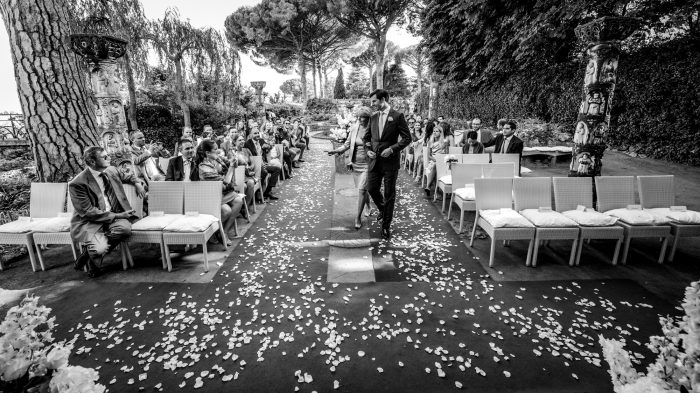 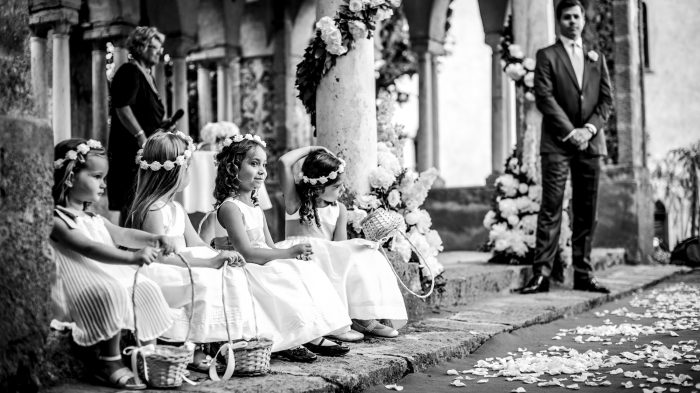 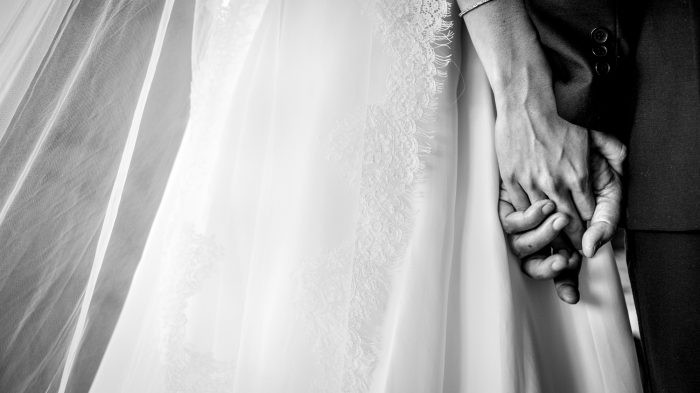 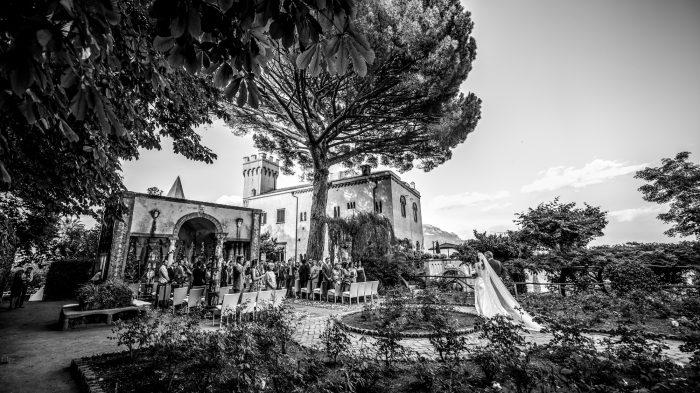 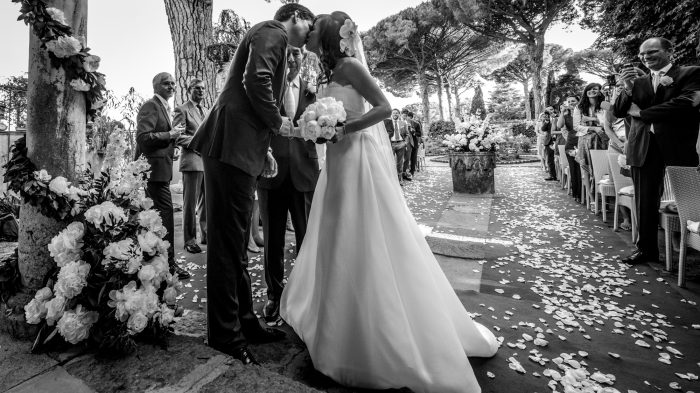 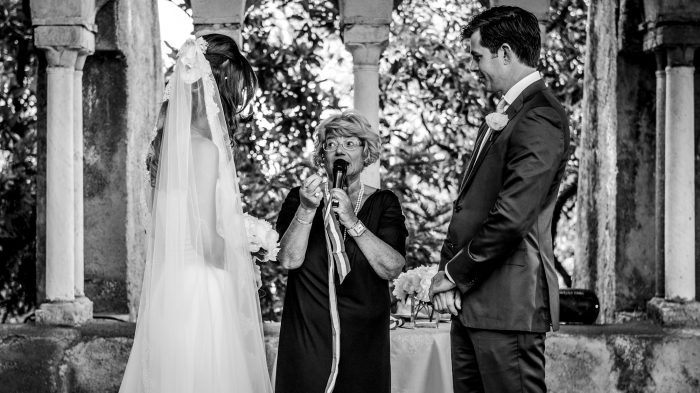 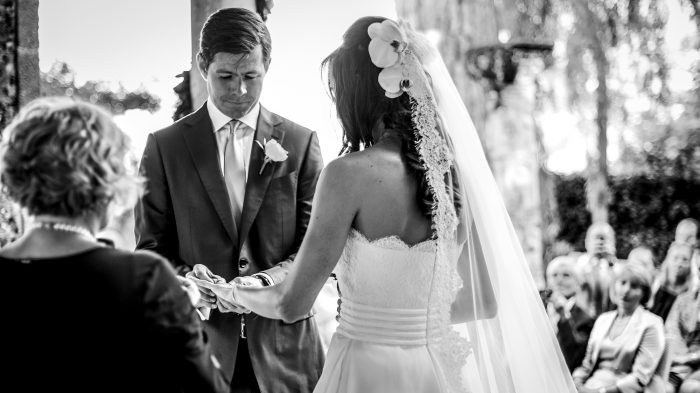 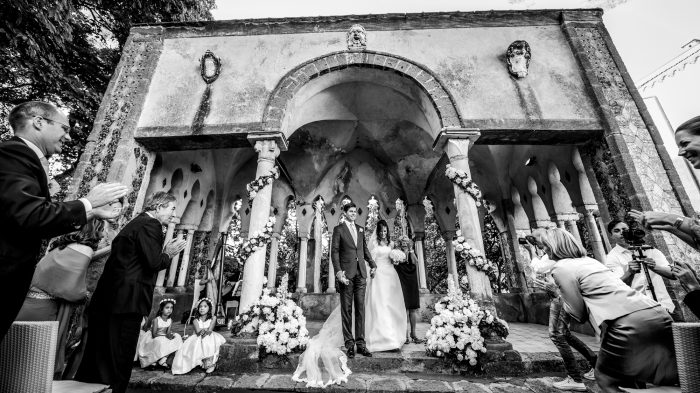 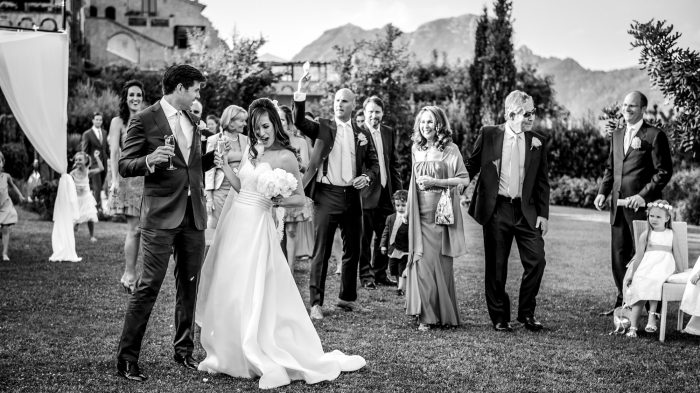 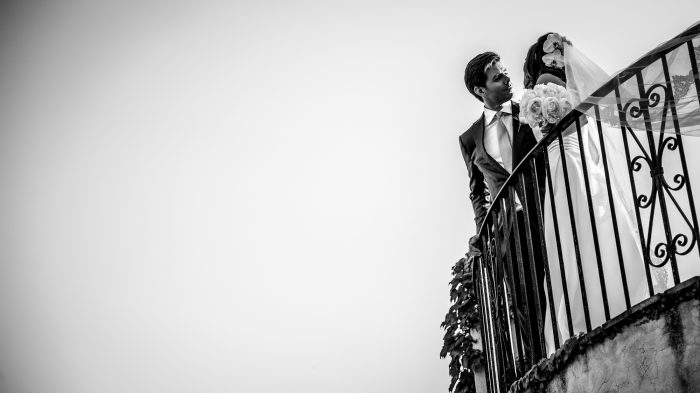 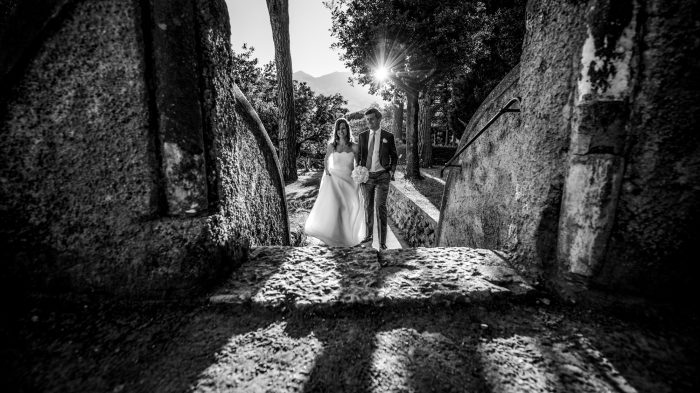 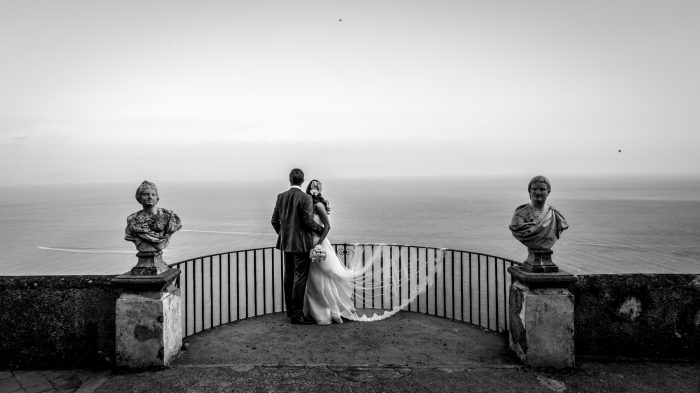 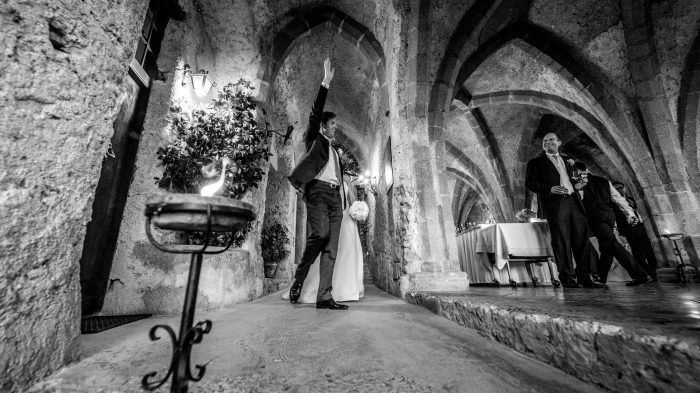 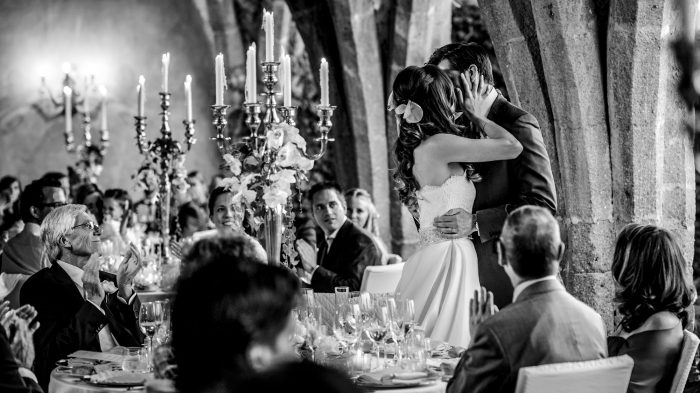 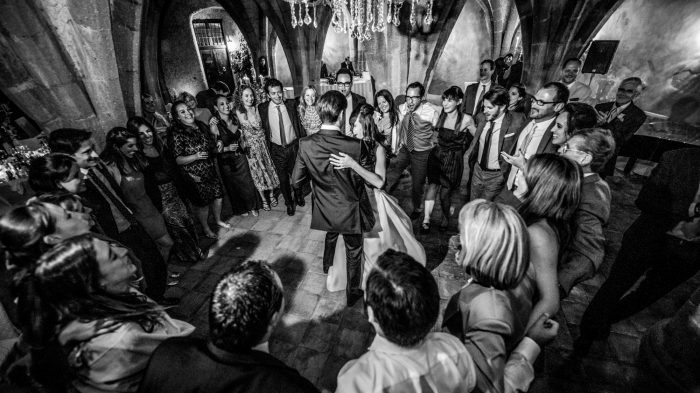 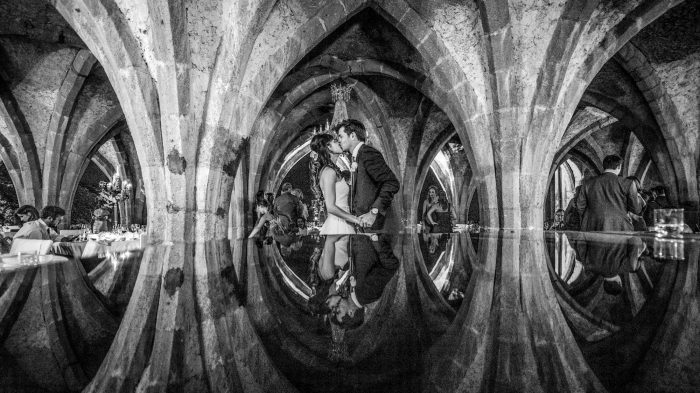 Every Wedding is important, so I want to know about you, your story and your plan to make your big day unique and unforgettable.
Contact me to find out availability and to get your personalized proposal, I will reply in a very short time.

Since your Wedding day, whether in Venice, on the Amalfi Coast, on Lake Como, or in Tuscany, will be so special, so important, so uniquely yours, it is very important that a couple have the best possible memory of it, a photographic testimony that be forever.

Therefore, carefully choosing the Italian Wedding Photographer who will convey the memory of your special day and your personality with emotion and passion is one of the fundamental steps in organizing a perfect Wedding.

Trust me as an Italian Wedding Photographer… it will be an unforgettable experience and the country of sun and love will be the perfect background to express your emotions during your Fairytale Wedding.